Ratingen, 21 November 2019 - Hubertus Heil, Federal Minister of Labour and Social Affairs, visited Ratingen on 19 November at the invitation of the friends and sponsors of the Cromford Industrial Museum, where he visited the Cromford Industrial Museum and then gave a lecture in the German Branch of Mitsubishi Electric on the subject of "From industrial work to the digital world" to over one hundred invited guests.

During his visit to the Cromford Industrial Museum, Federal Labour Minister Heil gained an impressive insight into the beginnings of industry. The Cromford textile factory in Ratingen was founded in 1783 and is considered the first factory on the European mainland. Today it is an LVR Industrial Museum branch.

The Wuppertal industrialist Johann Gottfried Brügelmann revolutionized the world of work more than two centuries ago with his textile factory. Even today, society is approaching a new trend-setting change, the fourth industrial revolution. Mitsubishi Electric (also a member of the top-class board of trustees of the Förderverein) is a global technology company that also supports the association here in Germany. The company is contributing its broad technological expertise to push forward and contribute to the digitalization of industry, sustainable and safe mobility, energy-efficient infrastructure and comfortable, climate-neutral living spaces.

During his visit to Ratingen, Federal Labour Minister Heil thus gained a comprehensive insight into industrial development from its beginnings to future technologies, which at the same time represented a symbolic bridge to his lecture. "The German economy is in the most elementary transformation since the beginning of industrialization. Digitalisation confronts both employers and employees with major challenges. It is important that we manage change in such a way that everyone can benefit from it. To achieve this, we must make wise use of one of Germany's greatest achievements, the social partnership. With the Qualification Opportunities Act, I have laid the first stone to ensure that today's workers can also do tomorrow's work. With the Work of Tomorrow Act, a second step will soon follow, with which I will provide a strong impulse for further training and qualification in structural change," said Federal Labour Minister Hubertus Heil during his visit to Ratingen.

Following his lecture, Federal Labour Minister Heil entered into a direct dialogue with the invited guests during an animated discussion round. 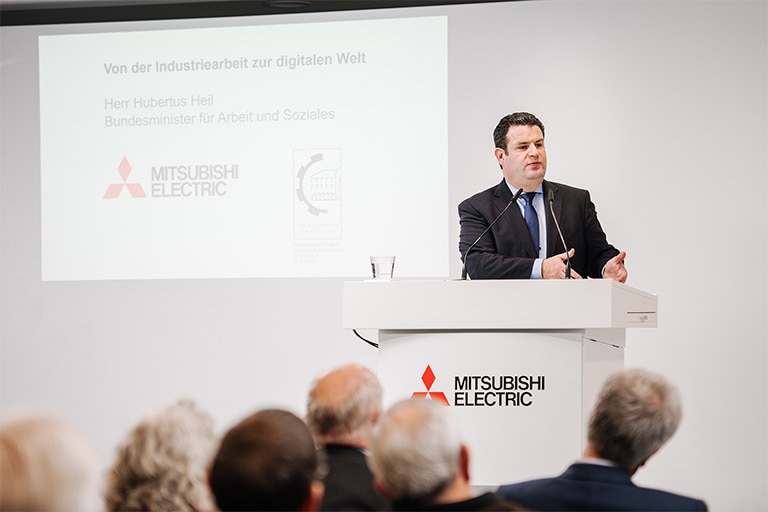 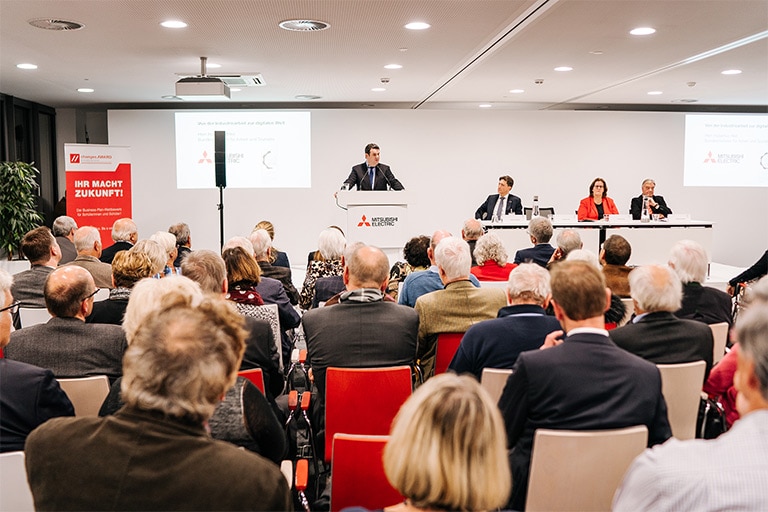 Hubertus Heil, Federal Minister of Labour and Social Affairs, during his lecture at Mitsubishi Electric 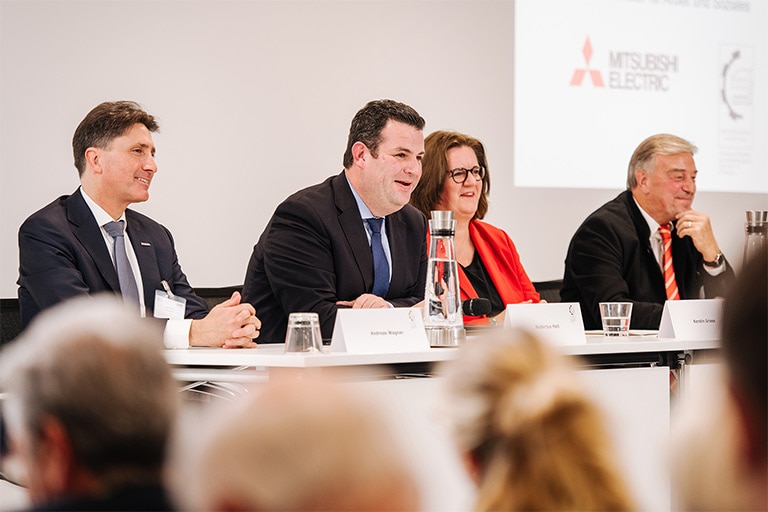 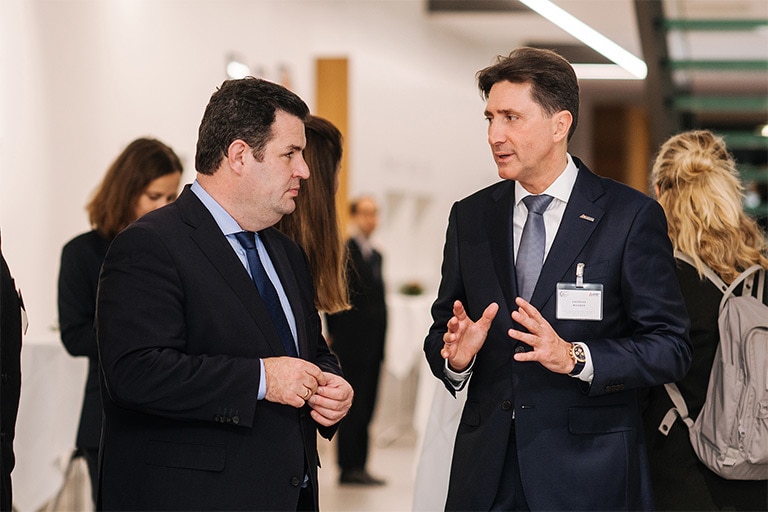 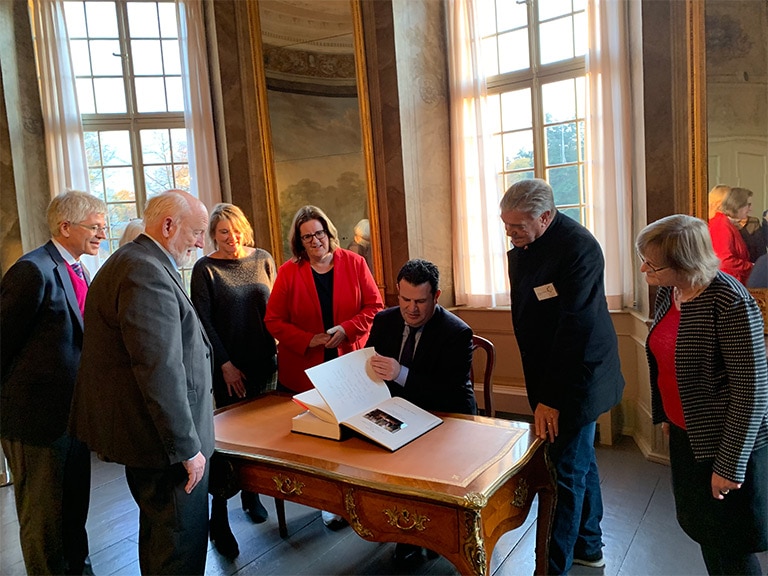 Entry in the Golden Book of the City of Ratingen at Cromford Mansion, in the garden hall

About the Friends and Sponsors of the Industrial Museum Cromford e.V.

The association was founded in 1993 with the aim of keeping alive the knowledge of early industrial development. Since then it has been networking business and culture in the textile factory Cromford with personalities from industry, politics and culture via its high-ranking board of trustees.

Further information can be found at

Embracing the spirit of its corporate statement, Changes for the Better, and its environmental statement, Eco Changes, Mitsubishi Electric endeavours to be a global, leading green company, enriching society with technology.

With around 145,800 employees the company recorded consolidated group sales of 40.7 billion US Dollar* in the fiscal year ended March 31, 2019.

Our sales offices, research & development centres and manufacturing plants are located in over 30 countries.

Note that the press releases are accurate at the time of publication but may be subject to change without notice.